This year’s theme for International Women’s Day is #BreakTheBias. For centuries, women have contributed immensely to gardening and horticulture, yet their work has been overlooked and/or credited incorrectly. Lady Anne Monson (1726-1776) was an English botanist who was never published in her own right despite her contribution to eminent published botanists in the 18th century. It wasn't until the late 1800s that the work of female horticulturists was acknowledged and put in print.

Four Women in Horticulture through History 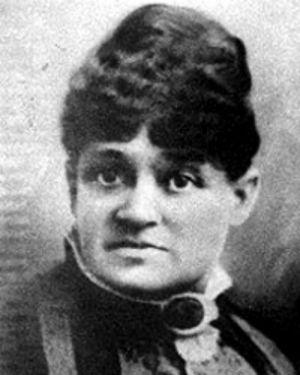 Although born into slavery in 1829, Carrie Steele was one of the first black landowners in Atlanta and a humanitarian hero in the horticulture world.

Steele was abandoned as a child and taught herself to read and write, whilst enslaved. Later in life, she worked as a stewardess at Georgia Central Railroad station, making just $100 a month. During this time she witnessed the number of homeless or abandoned babies and children living in the train station. From then on, Steele took home every orphaned child she came across and founded one of the first orphanages for black children: the Carrie Steel Orphans’ Home. This is where horticulture enters the story. Her home was not only a shelter for these children but a centre for learning about gardening and farm work.

Steele and the children developed the garden of the orphanage into a beautiful landscape. This was incredibly unique for this time period, as most Georgian landscapes were minimalist and sparse. Not only did Steele teach hundreds of children about horticulture, farming and gardening but her story is phenomenal. The institution Steel created is still operating, under the name Carrie Steele-Pitts Home. The science of gardening remains a key subject for students to participate in. 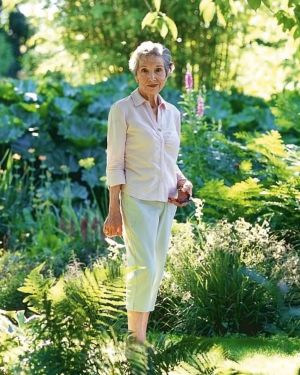 English garden designer and author Beth Chatto OBE is best known for her findings on ‘unusual’ plants and her principle of placing the right plants in the right conditions.

With her husband, Andrew Chatto, Beth built their family home on a wasteland which was previously occupied as a fruit farm. However, the site presented many obstacles for growing a garden. This led to Beth selecting particular species of plants that would thrive under these constrained conditions. Her knowledge of propagation and unusual plant species enabled the her to open a plant nursery in 1967.

Chatto was also involved in the Flower Club movement - lecturing and demonstrating flower arranging. The members of the club quickly grew in numbers and the interest in unusual plants expanded rapidly. Requests for catalogues on the subject triggered the launch of her mail-order business.. Two years later Chatto’s first book, The Dry Garden, was published. This was one of eight books she published through out her life She died in 2018 but her innovative findings on unusual plants lives on today. 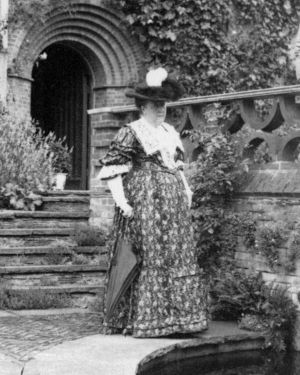 Often described as the premium influence in garden design, Gertrude Jekyll was known for her painterly approach to the arrangement of gardens she created.

As one of the first female students accepted into Kensington’s School of Design painting. Jekyll translated her art skills into her passion for gardening. The Art Foundation provided her with the tools to convert her artistic skills into garden design , where she could display the beautiful natural world. She was evolutionary in the concept of taking into account colour, texture and experience of gardens as aspects of the design.

Before losing her vision at 48, Jekyll designed over 600 gardens in the UK, Europe and America and her artistic influence prevails today. 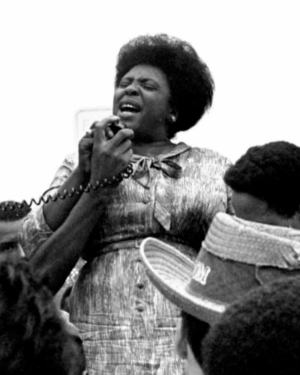 Born into a sharecropping family in Missippi, Fannie Lou Hamer became a leader in civil rights and established a cooperative farm to provide economic support to her community.

After receiving a $10,000 donation from Measure for Meaure, a charitable organisation in Winsconsin, Hamer bought 40 acres of land in Sunflower county 1969 and established the Freedom Farm Cooperative (FCC). Its main goal was to provide food, housing and work for the black community. The FCC grew cotton and soybeans as cash crops to cover taxes and vegetables and legumes to feed the families that worked on the farm.

Hamer also managed 200 units of low-income housing, which had heat and running water. Prior to the FCC housing development, most black households did not have indoor plumbing. Additionally, advances in technology at the time meant that farming jobs were being eliminated. The FCC provided job training and schooling for all members in order for them to learn about their civil rights.

Unfortunately, the FFC did not receive governmental support and further suffered from floods and droughts which destroyed the cash crops to pay for the mortgage. By 1976 it had depleted and was unable to carry on. One year later Hamer died of breast cancer. She left an impressive legacy of political activism and community building.

Indoor Plants
The Best Desk Plant Buddies to have

Indoor Plants
How to Look After a Cactus or Succulent