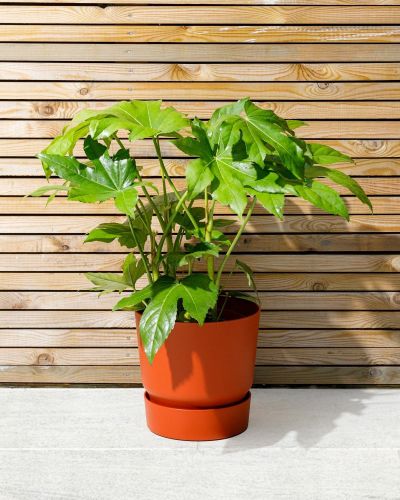 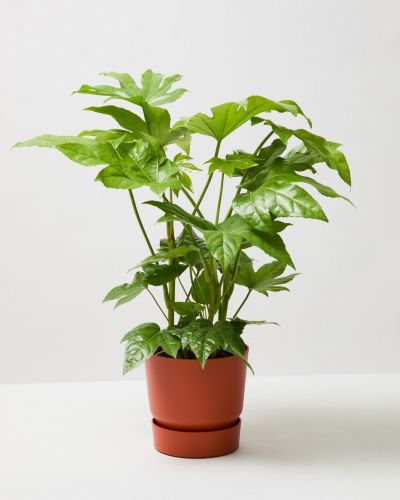 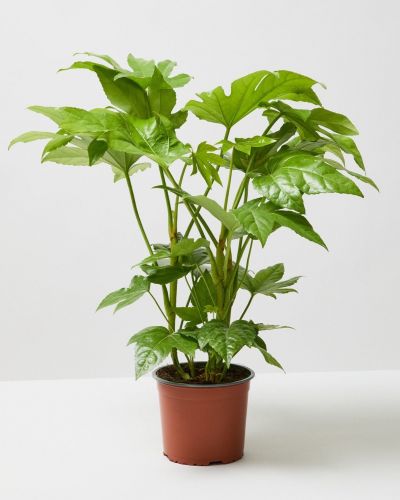 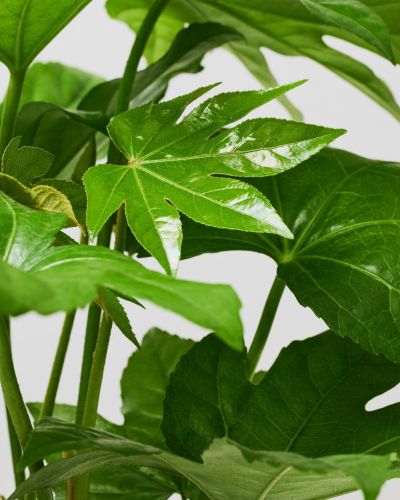 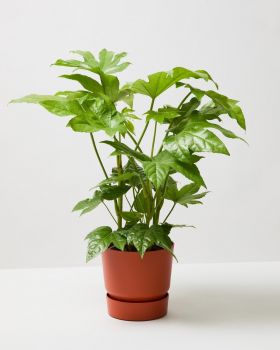 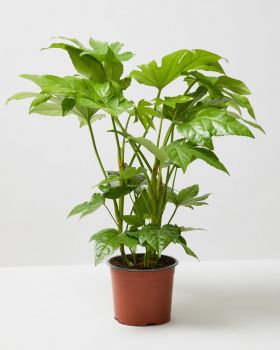 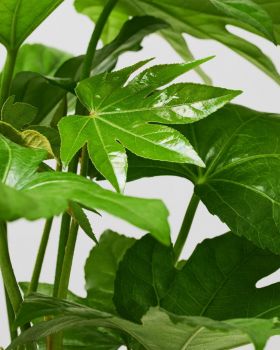 FREE scheduled deliveries on orders over £50

Fatsia japonica is a medium-sized evergreen shrub. It has large lobed leaves that are very architectural. Outdoors the Fatsia japonica favours dappled shade but can also be grown in a sunny spot. In autumn, the plant blooms with beautiful white flowers and small black fruit.

Delivered to your door with care

Keep me in a cool and shady spot and ensure my soil is always moist.

I like the shade, but I can tolerate some sun. If it gets too cold, I will need protection.

Feed me with a general-purpose fertiliser regularly between March and August.

I thrive in moist and well-drained soil.

Fatsia japonica is part of the Araliaceae family, a plant genus comprising of around 1,500 species. Its name "fatsi" translates to "eight" in Japanese, referring to the have eight lobes that make up its leaf. Fatsia japonica was introduced to the UK in 1838 and its tropical appearance has made it a very popular houseplant.

Outside, it thrives in a shady position. Its large leaves make it a useful architectural plant or an addition to a tropical planting scheme.

Fatsia japonica thrives in most places, especially in the shade. It likes the soil to be kept moist and enjoys regular misting. In July and August, remove any of its leaves that turn yellow. Though hardy, Fatsia japonica needs to be protected from hard frosts.

In 2020 the Royal Horticultural Society awarded Fatsia japonica with the Award of Garden Merit.